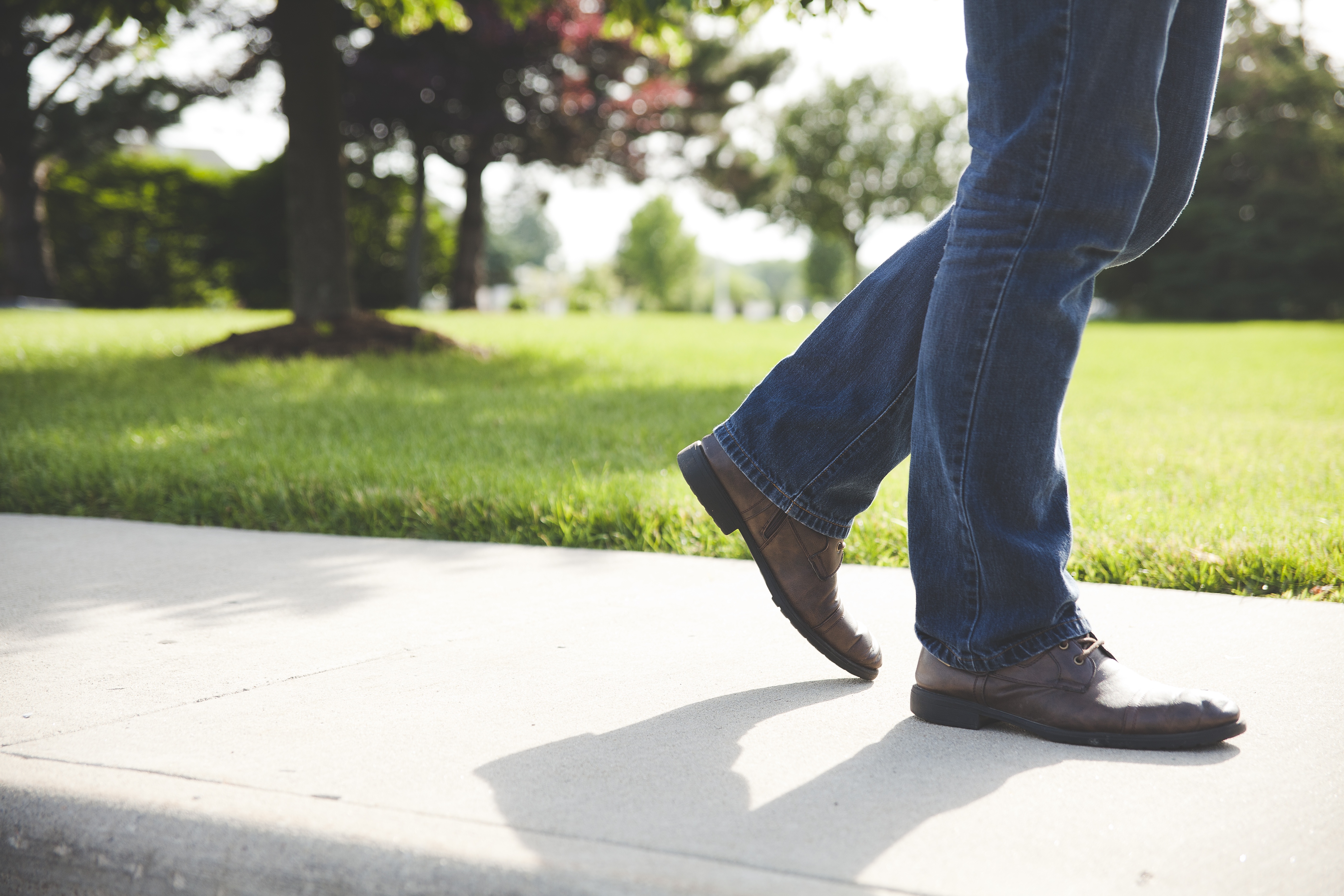 What does “transgender” mean?

Transgender is an umbrella term that signals movement between or across genders.  A transgender person is someone who identifies as a gender other than the one they were assigned at birth based on the appearance of their sex organs.  Many transgender people experience anxiety and distress that their gender — their personal sense of being male, female, or non-binary — is not reflected by the way they interpret their body or the way others interpret their body..

“cisgender” or “cis-gender”
A cisgender person is someone whose gender identity matches the one they were assigned at birth. The prefix “cis-” signals a sense of being all on the same side, in contrast to “trans-” which signals a movement between or across.

“transgender man” or “trans man”
A transgender man is an individual who was assigned or designated female at birth (usually based on sexual characteristics), but who identifies as male.

“transgender woman” or “trans woman”
A transgender woman is an individual who was assigned or designated male at birth (usually based on sexual characteristics), but who identifies as female.

“nonbinary”
Non-binary gender describes any gender identity which does not fit within the binary of male and female.

“AMAB” and “AFAB”
AMAB is an acronym for “assigned male at birth,” and AFAB for “assigned female at birth.”  At birth (or prior to it, through observation in ultrasound), a baby’s genitals are observed by doctors and other medical professionals who declare that the child, based on sex organs, is “male” or “female.”  This is an assumption about gender based on anatomy and the gender binary.

What is cissexism, transphobia, and transmisogyny?

The reality of living as a transgender person means experiencing prejudice, discrimination, material harm, and even violence. These negative outcomes result from a set of multiple overlapping social forces, which we will refer to as cissexism, transphobia, and transmisogyny.

Cissexism is the explicit or implicit assumption that cisgender narratives, experiences, and bodies are more natural, normal, or valid than trans ones.

Examples of cissexism include:

– Assuming that a woman has periods or can bear children (although this also affects a large number of cisgender women as well), or assuming that a non-woman doesn’t or can’t.

– The assumption that everyone is either a man or a woman (including phrases like “brothers and sisters”, “the opposite gender”).

–  Assuming that someone is cisgender because one cannot tell that they are trans.

– Assuming that someone who is a man has always presented as male, been included in male spaces, and had experiences culturally expected as boys; and likewise for women.

Cissexism is in many ways ingrained into many common expressions, including “men and women” as two contrasting and all-encompassing categories. One attempt to resolve this problem is the use of phrases such as “people with vaginas” and “people with penises”. This expression acknowledges the existence of trans men and and trans women, which is useful, but the expression then groups them with cis women and cis men, respectively. Except in a medical context, implying that cis women and trans men form a socially cohesive category (essentially, because they share sexual organs) is incorrect and very harmful, as is implying that trans women and cis men form a socially cohesive category. Even in a medical context, speakers should be careful to only say “people with vaginas” if vaginas are the relevant body part – assuming that all AMAB (assigned male at birth) or AFAB (assigned female at birth) people have the same anatomy is ignorant of the experiences of both trans and intersex people.

Transphobia is explicit anti-trans sentiment. The line between cissexism and transphobia is not always clear or meaningful or important.

– Belittling non-binary people for not fully identifying as male or female.

– Requiring transgender people to use gendered facilities such as public bathrooms that are inconsistent with their identified gender.

– Evaluating the validity of someone’s gender identity based on their ability “pass” as cis.

Passing is the ability of a trans person to appear to be a cis person of their gender. Passing is not absolute; many trans people only pass sometimes.

Trans people who frequently pass are, for obvious reasons, less likely to experience direct anti-trans violence or discrimination. Additionally, even when others know they are trans, trans people who pass are often taken more seriously. However, all trans people, whether or not they pass, experience living in a world that is structurally not built to include them, and must cope with the practical consequences of that, as well as the internalized feelings that result.

It is important to note that passing is not necessarily a primary goal for trans people. The validity of a trans person’s identity or experience is not related to how well they imitate cis-ness. Passing can result in protection from discrimination and violence, and can boost self-esteem due to internalized cissexism, but may not be important or worthwhile to every trans person. Depending on the person and their experiences, passing may take considerable effort. The pressure to “pass” can also increase internalized cissexism, potential for anxiety and depression or other mental illness, body dysphoria, and hyper-femininity or -masculinity (for example, a trans man attempting to eliminate all expressions of emotion because “boys don’t cry”).

In many instances transmisogyny may be invisible to those who don’t experience it, in particular at times where transphobia is also operating. For example, consider the case of bathroom bills. These laws make it illegal for many or all trans people to use public bathrooms consistent with their identified gender. If these bills become law, trans people are required to use bathrooms consistent with the gender they are assigned at birth – rather than the gender they identify with and, in some cases, physically appear to be.

One popular response in opposition to these bills has been for gender-conforming, cis-passing trans people (particularly trans men) to take pictures of themselves in public bathrooms and post them online with captions such as “Do you really want me in the women’s bathroom?”, with the implication that because they do not appear to belong, they don’t. This response falls short because it obscures the fact that while general transphobia is certainly in play (in not believing trans people’s identified genders), a deeper motivation behind bathroom bills is transmisogyny. The implication that trans people don’t belong in the wrong bathroom because of how they look puts exactly the people who need the most protection from these laws, trans women who don’t pass as cis, at the most risk.

What are the effects of anti-trans sentiment?

Fear of using public bathrooms is particularly prominent among trans people. Fifty-four percent of trans people have reported negative health outcomes, such as urinary tract infections, from avoiding bathroom use; 58% reported avoiding going out in public in order to avoid the problem altogether.

Transgender people living in our society face many significant obstacles of prejudice, borne both of ignorance and malice. The way that our society primarily conceives of gender is inherently exclusionary of trans people, and the consequences are profound. The negative ways that our society views gender affect trans women disproportionately, especially trans women of color. If any remedy is to be made for all of this, the voices of transgender people need to be given priority, and those not affected by these social structures must be willing to admit their own role in them, and be willing to change.

What does the Bible say about gendered clothing? (Deuteronomy 22:5)

Jody L. Herman, “Gendered Restrooms and Minority Stress: The Public Regulation of Gender and its Impact on Transgender People’s Lives”

The Task Force, “Transgender Equality: A Handbook for Activists and Policymakers“

Elizabeth is a lesbian and a trans woman living in the outskirts of the northeastern United States. Her interests are liberation theology, the Bible, leftist anarchism from a Christian perspective, astrophysics, statistics, and girls. Someday she hopes to build an intentional community and anti-capitalist space centered around trans women.