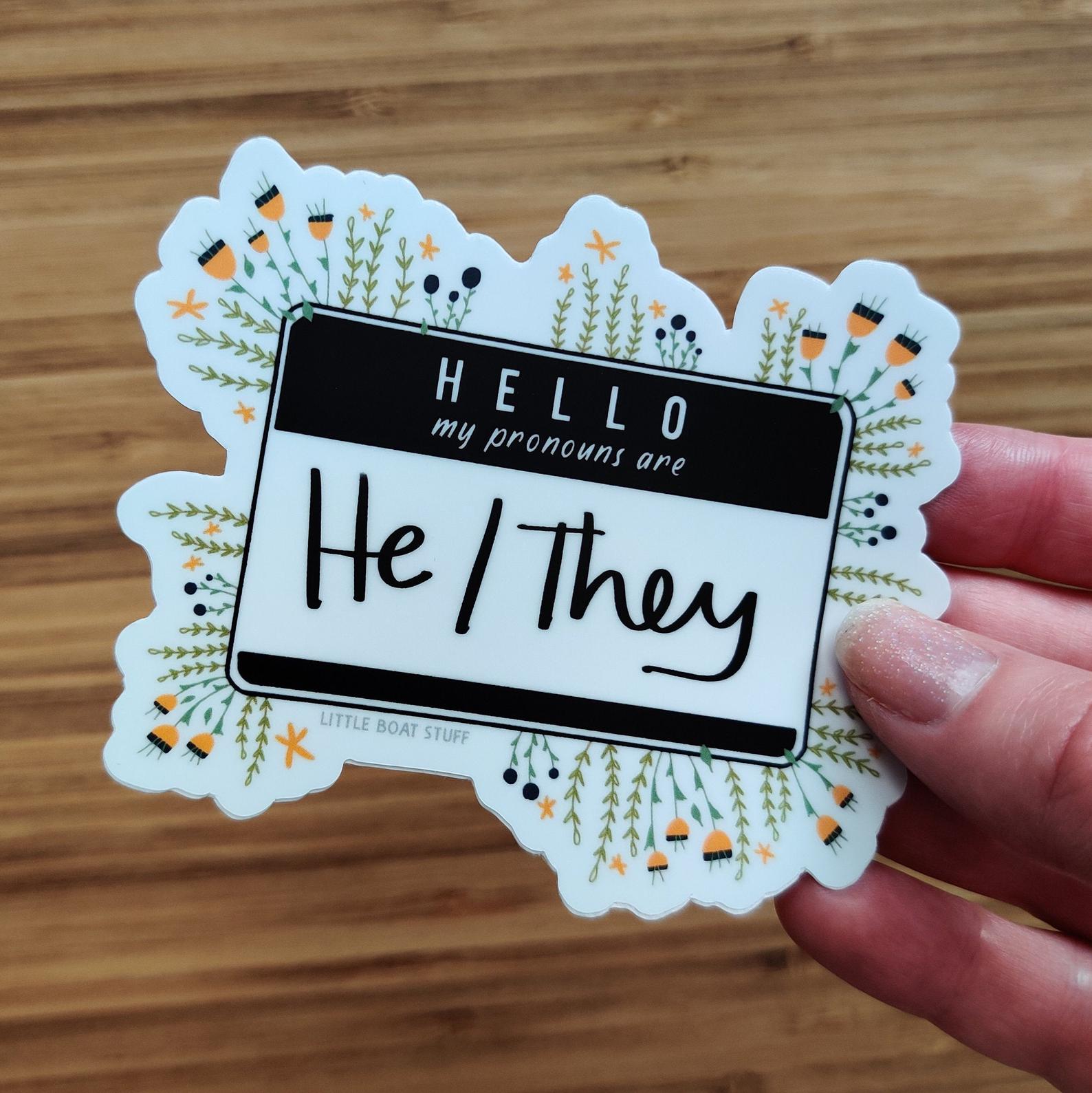 Is the eunuch of Acts 8 nonbinary?

Obviously, in the Greek in which the original book of the Acts of the Apostles was written, and in the many commentaries in centuries since, the eunuch of Acts 8:26-40 is identified as male. But in recent centuries, as we come to recognize a greater diversity of gender beyond two binaries of “male” and “female,” should we reconsider how we identify the eunuch?

Further Reading
Robyn J. Whitaker, “God made the rainbow: why the Bible welcomes a gender spectrum,” The Conversation, 2019
Austen Hartke, “Nonbinary gender and the diverse beauty of creation,” The Christian Century, 2018

Does the eunuch have a name?

The story in Acts 8 doesn’t give the eunuch a name. The Ethiopian Orthodox Tewahedo Church–the largest religion in Ethiopia–calls the eunuch Bachos, or sometimes Simeon the Black (from Acts 13:1). An early theologian in the Christian church, Irenaeus of Lyons, combines these to give the eunuch the name Simeon Bachos.

Why would we reconsider the eunuch’s gender at all?

Eunuchs occupied an unusual space in ancient times. Most often, a eunuch was a man who had been taken as a slave or servant in a high official’s court, and given some power that brought him into contact with a female official or with a male official’s wives or harem. To prevent any “contamination of the royal bloodline,” the man would be castrated. Now he could serve as a guard to the harem or an advisor to a queen without being a romantic or sexual threat to the male ruling official.

But this wasn’t just a job–that changed the eunuch’s whole life. He would never be able to marry (and if he were already married, he was likely forcibly separated from his wife), and never able to have children. He was enslaved to the official not just for however long he remained in their employ, but for the rest of his life, with no family to honor his memory after death. In many ways, then, eunuchs were excluded from the binary genders of “male” and “female,” set apart for specific political roles that neither of the binary genders could fill, and unable to marry or have children as men and women did. Eunuchs were less than fully male, but certainly not female either. Existence outside of binary gender is addressed by many early Jewish rabbis in the Mishnah, Talmud, classical midrash, and in Jewish law codes.

Is that the only way to be a eunuch?

It is also possible that some people who were categorized as eunuchs were not made so by an act of violence, but were in some way intersex–born with reproductive or sexual anatomy that doesn’t fit the boxes of “female” or “male.” This might have been noticed at birth, when a baby was found to have external sex organs (genitals) that didn’t neatly fall into the category of “vagina” or “penis” (or was a mix of the two!). Or, perhaps a young boy did not go through puberty, and never grew a beard or developed a lower voice. Or, a newly married young man could not get his wife pregnant, because he did not have the internal sexual organs to do so (without him ever knowing). (Because very little was known of internal sex organs or of chromosomal makeup in biblical times, it is entirely possible that many intersex people simply never knew their condition!) It is possible that someone who might today be identified as “intersex” was categorized as a eunuch because of non-binary sexual anatomy.

It is also possible that there were people who became “eunuchs by choice,” as suggested in Matthew 19:12. This is unlikely a literal action and more likely to be those who have chosen not to marry, have sex, or produce children. As in most ancient cultures, biblical Judaism highly valued marriage and procreation, but as in most cultures all around the world then and now, there are people who experience a vocational call to be celibate.

Whether a eunuch was born infertile, chose celibacy, or–most historical evidence supports this last possibility–had been forcibly castrated, they were heavily ostracized within many ancient cultures. Strict Jewish observance of the laws of Moses would have prevented any eunuch from participation in temple life–meaning that they could never be a full part of the chosen people of God.

But wasn’t the eunuch in Acts 8 coming from the temple?

Yes! The writer says the eunuch “had come to Jerusalem to worship and was returning home.” This is an odd fact of the story, because in accordance with Deuteronomy 23:1, the eunuch would not have been allowed into the temple–and it’s clear that Philip can tell this person is a eunuch, so we would expect others would have figured it out too. The most likely explanation is that the eunuch was turned away at the temple, but still acquired a copy of the scroll of the prophet Isaiah (probably written in Greek). Philip hears the eunuch reading from Isaiah 53:7-8, and uses this opportunity to preach the good news. Philip’s willingness to obey the Holy Spirit in approaching this eunuch–someone outside the chosen people, someone beholden to a foreign power, and someone whose gender expression is messy at best–is a fulfillment of Isaiah’s promise in chapter 56: “To the eunuchs who keep my sabbaths, who choose the things that please me and hold fast my covenant, I will give, in my house and within my walls, a monument and a name better than children; I will give them an everlasting name that shall not be cut off.”

…Is “cut off” a reference to castration?
Yep.

So Philip was really going outside the boundaries of what he knew.
Most definitely. Philip saw someone who did not neatly fit the boxes of “male” or “female,” and who was clearly outside the chosen people of God (both by ethnicity and by castration) but reading from a holy prophet, and who was in the service of a foreign power. When the eunuch says “Here is water! What is to prevent me from being baptized?” Philip could have self-righteously responded: “Everything! Your race, your family of origin, your queen, your gender, your body, your wealth, your employ–everything prevents you!” But instead, he listens to the Spirit again, and gives the right answer: he says nothing. Nothing (including the fact that they’re in a desert–did you notice this water just shows up?) can prevent this baptism.

What does this have to do with gender again?
Because eunuchs were not-male and not-female, some contemporary theologians have wondered if they should be recognized as ancient forerunners of modern-day nonbinary or gender nonconforming people. And just as eunuchs were misunderstood, ostracized, and left without family, many nonbinary and gender nonconforming people are mocked, maligned, and excluded from family–and from their churches. Perhaps imagining the first Gentile convert–the forerunner of any non-Jewish Christian–as a black nonbinary person can help contemporary Christians recognize the power of the gospel over judgment, categorization, and binaries.

So that’s it – we should say “they” for the eunuch?
Well, maybe. Gender identity is a very personal experience, so without speaking directly to the eunuch (and, you know, crossing the linguistic and cultural barriers of two millennia and likely several thousand miles), we can’t say for sure what pronouns the eunuch would use. It’s possible that pronouns for a third gender would be a relief–“yes, thank you for seeing that I don’t need to be forced to fit either box!” Or, the eunuch might be excited at expanding understandings of masculinity– “yes! Just because I have been made this way does not make me less of a man.” We don’t really have a way to know, so continuing to use “he” is okay, too.

Wait, don’t some people use “he/they” anyway?
Yes! Some people who identify as gender nonconforming, nonbinary, and/or queer use multiple sets of pronouns. Sometimes it’s about comfort with being categorized within the binary or without it. Sometimes it’s about acknowledging assumed or socialized gender–a nonbinary person might still use “he/him/his” to recognize that they were assumed male at birth, raised with male privilege, or are still “read” as male by other people. Sometimes a person shifts pronouns from places where conformity is necessary (with unaffirming family, workplaces, or churches, for example) to places where affirmation is possible. (So, someone might say “I use she / her / hers or they / them / theirs” because they use “she” at work and “they” with friends.) The eunuch might be one of these people! But once again, we just don’t know.

So … how should we translate and read Acts 8?
You could absolutely stick with the “standard” translations found in any Bible– until we reach the other side of the veil and can ask directly about gender identity, we can continue using he/him/his for the eunuch! But, especially in congregations seeking to recognize the existence of nonbinary people, readers and preachers could consider using “they/them/theirs” for the eunuch. Here’s how that would read, based on the New Revised Standard Version:

Then an angel of the Lord said to Philip, “Get up and go toward the south, to the road that goes down from Jerusalem to Gaza.” (This is a wilderness road.) So he got up and went. At the same time there was an Ethiopian eunuch, a court official of the queen of Ethiopia, who was in charge of her entire treasury. They had come to Jerusalem to worship and were returning home; seated in their chariot, they were reading aloud from the prophet Isaiah. Then the Spirit said to Philip, “Go over to this chariot and join it.” So Philip ran up to it and heard them reading the prophet Isaiah. Philip asked, “Do you understand what you are reading?” The eunuch replied, “How can I, unless someone guides me?” And they invited Philip to get in and sit beside them. Now the passage of the scripture that they were reading was this:

“Like a sheep he was led to the slaughter,
and like a lamb silent before its shearer,
so he does not open his mouth.
In his humiliation justice was denied him.
Who can describe his generation?
For his life is taken away from the earth.”

The eunuch asked Philip, “About whom does the prophet say this — about himself or about someone else?” Then Philip began to speak, and starting with this scripture, he proclaimed to them the good news about Jesus. As they were going along the road, they came to some water; and the eunuch said, “Look, water, right here in the desert! What can prevent me from being baptized?” They commanded the chariot to stop, and both of them, Philip and the eunuch, went down into the water, and Philip baptized them. When they both came up out of the water, the Spirit of the Lord snatched Philip away; the eunuch saw him no more, and went on their way rejoicing. But Philip found himself in a city about ten miles away, and as he was headed home, he proclaimed the good news to all the towns he passed through.

Further Reading on Pronouns
Debra Malina, “Why I had a hard time calling my transgender child ‘they’ — and why I’m doing it anyway”, The Washington Post, 2018
Desmond Meagley, “All Your Questions About Gender-Neutral Pronouns Answered”, Teen Vogue, 2018
Thesaurus.com, “Does Traditional Grammar Matter When It Comes To Singular “They” And “Themself”?”