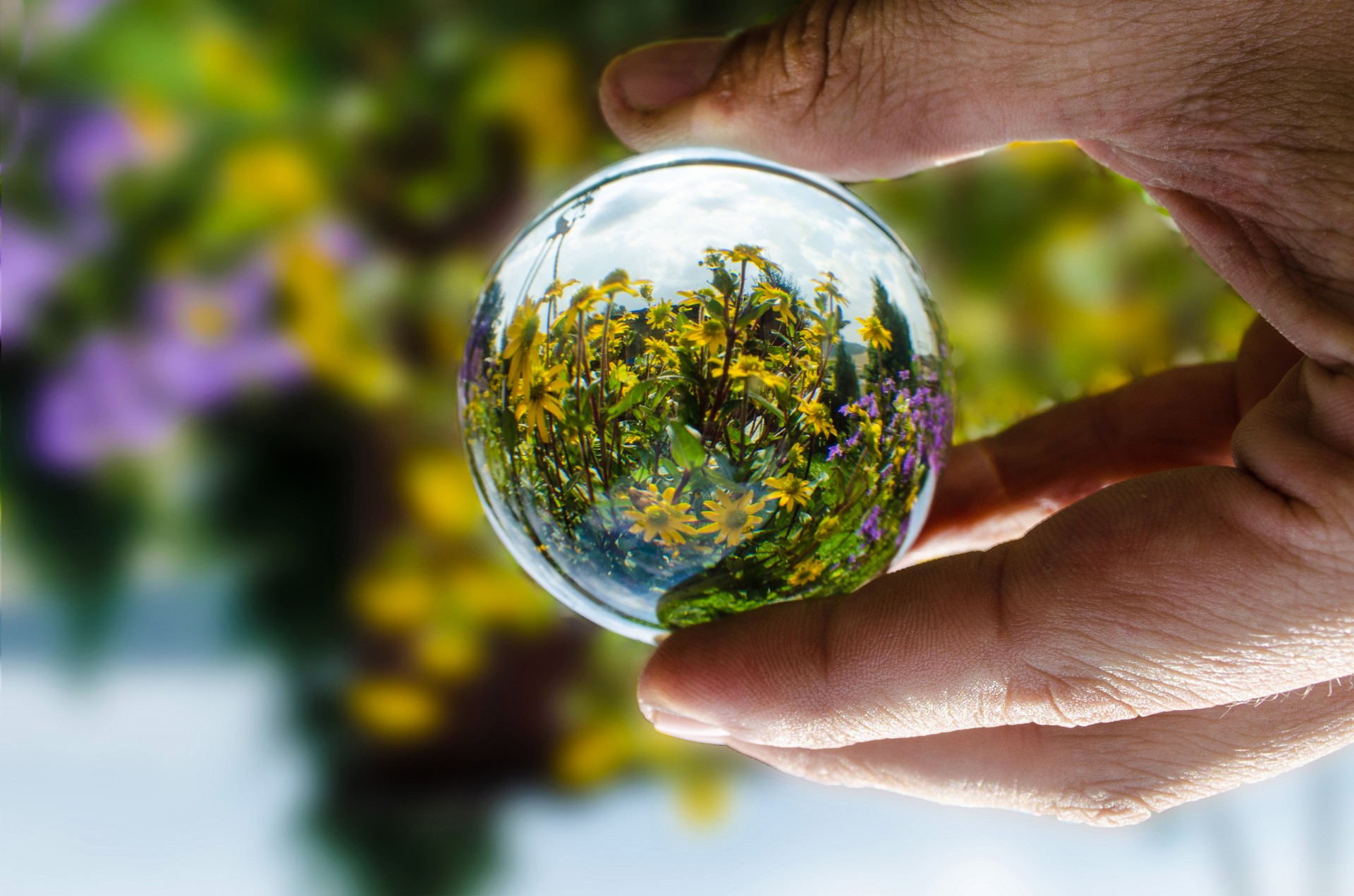 Transgender is an umbrella term that signals movement between or across genders.  A transgender person is someone who identifies as a gender other than the one they were assigned at birth based on the appearance of their sex organs.  Many transgender people experience anxiety and distress that their gender — their personal sense of being male, female, or non-binary — is not reflected by their physical body.

A cisgender person is someone whose gender identity matches the one they were assigned at birth. The prefix “cis-” signals a sense of being all on the same side, in contrast to “trans-” which signals a movement between or across.

A transgender man is an individual who was assigned or designated female at birth (usually based on sexual characteristics), but who identifies as male.

A transgender woman is an individual who was assigned or designated male at birth (usually based on sexual characteristics), but who identifies as female.

Although both terms have been used by the trans community in the past, the preferred terminology is now trans or transgender.  This reflects the understanding that being transgender is an innate experience, rather than something that happens to an individual.  Transgender is a state of being, not the result of a past action. In the same way that you wouldn’t say someone was “Britished,” you wouldn’t say someone is “transgendered.” Rather, you would refer to them as “British” and “transgender.”

Some people argue that being transgender is similar to having a mental disorder like anorexia or bulimia, where people experience their body in a way that does not match reality.  However, this interpretation is not the belief held in modern medical and psychological communities.

The Diagnostic and Statistical Manual of Mental Disorders is the comprehensive text which physicians and psychiatrists use to diagnose mental disorders.  Transgender people are diagnosed by the most recent version of this manual, the DSM-V, as having a symptom called gender dysphoria.

Dysphoria means a sense of restlessness, anxiety, dissonance, or distress — the opposite of euphoria. Trans people experience this sense of distress when they experience the difference between their physical body and their gender identity.

In contrast, eating disorders like anorexia and bulimia are part of a condition called body dysmorphic disorder.  BDD is a disorder in which one’s perception of their body does not align with reality. People with BDD often experience a cycle of obsessive thoughts about one or more parts of their body which they believe to be flawed. The word dysmorphia itself means malformation, and refers to the person’s perception that their body is somehow malformed. Someone with an eating disorder, then, perceives a part or parts of their body to be overweight, and the obsession over that fact pushes them into a disordered relationship with food.

Therefore, body dysmorphia causes someone to believe their body is a certain way, while gender dysphoria is a sense that the body should be a different way. People with BDD are not able to see the difference between the way their body is and the way other people see their body, while trans people are able to experience the physical reality of their body and are distraught by how that reality conflicts with their gender identity.

How are body dysmorphia and gender dysphoria treated?

In the case of mental disorders, psychotherapy and medication are generally shown to be helpful.  Such is the case with body dysmorphia. Generally, people who suffer from eating disorders benefit greatly by cognitive and behavioral therapy and by the use of anti-anxiety and anti-depression medications. People dealing with gender dysphoria, on the other hand, do not experience relief from their sense of dissonance when on anti-anxiety or anti-depression medications, and though therapy is often helpful, it does not cause the dysphoria to subside.

Surgical modification is another form of treatment which has been used in cases of both body dysmorphia and gender dysphoria, however, as with therapy and medication, the results are quite different. Studies show that hormonal therapy and surgical intervention are proven to be effective at relieving gender dysphoria, in that once trans people experience their physical body matching their gender identity, anxiety and depression related to their body and the perception of their gender decrease almost immediately.  Only 1-4% of transgender people who have undergone surgery experience any sense of regret.  The same cannot be said of people suffering from body dysmorphia who attempt surgery.  Physical modifications have been shown to be entirely unhelpful in cases of BDD; the obsessive thoughts often target a new part of the body, and disordered eating and behavior patterns return.

What about transgender people who suffer from depression and anxiety?

Gender dysphoria itself is not a mental illness, but many transgender people do suffer from anxiety, depression, and/or eating disorders. Sometimes this is a direct result of the way trans people are treated in daily life; in other cases, these situations are the mind’s way of dealing with gender dysphoria prior to coming out and/or transitioning.

Social anxiety is possibly the most prevalent disorder found among transgender folks, with studies in 2005 and 2010 showing that 55% of transgender people experience high levels of anxiety, compared to only 6.8% of the cisgender population.  The American Psychiatric Association’s 2012 recommendation for access to care for transgender people directly states that harassment, discrimination, hate speech, physical violence, and the legal challenges around marriage and family rights are cumulatively damaging to the mental health of transgender people.

Transgender people may find themselves living in constant fear of verbal harassment or physical violence. While a healthy mind can deal with this kind of pressure for short periods, over time a perpetual sense of danger may develop into debilitating forms of anxiety and/or depression.  Tragically, this also leads to an increased rate of suicide attempts in the transgender community (as compared with cisgender individuals).

What about transgender people who suffer from body dysmorphic disorders, like anorexia and bulimia?

Though gender dysphoria and body dysmorphic disorder are very different, it is possible to suffer from both at the same time.  In a 2015 study of students at 223 different universities, transgender individuals were more than four times as likely to report an eating disorder diagnosis as cisgender heterosexual women.

Transgender women experience the same cultural pressures to stay thin that cisgender women feel; transgender men often realize that keeping a low body weight represses female secondary sex characteristics (like breasts and menstruation). For many trans individuals who have not been able to transition, it may feel like disordered eating and excessive exercise are the only ways to make their body more masculine or feminine.

Mental health professionals with experience treating LGBT communities are often skilled at discerning when a transgender person may be suffering from a form of body dysmorphia, and will help to treat that person in a holistic manner, incorporating therapy and medication into the individual’s physical transition.

How can I support my transgender friend/family member/congregant who is dealing with gender dysphoria?

Because the mental distress characterized by gender dysphoria effectively disappears when a transgender person is able to affirm their gender identity both physically and socially, it’s imperative for others to create a space in which this is possible. Creating a supportive environment, using a trans person’s preferred name and pronouns, and listening to their experience is the best possible response to encourage mental, emotional, and physical flourishing.

Of all studied medical treatments, the ability to physically transition has the most positive effect on the lives of trans folks, especially those suffering from anxiety, depression, and eating disorders.  Multiple studies have confirmed that access to hormone therapy has a positive effect on the mental health of transgender patients, reducing the rates of anxiety, depression, and stress.

You can help support transgender individuals and the transgender community as a whole by being a vocal advocate for trans-inclusive healthcare, the creation of single-occupant all-gender restrooms in schools, businesses and churches, and the inclusion of gender identity in nondiscrimination laws.

How can I support my transgender friend/family member/congregant who is dealing with body dysmorphia and/or an eating disorder?

The National Eating Disorders Association has a significant amount of free information, which may be helpful to read and consider.  Body dysmorphia may last a lifetime, though it can be treated so that it no longer actively interferes with someone’s life.  Encouraging people experiencing BDD to consider seeking clinical help is one of the best ways to support someone.

American Journal of Public Health, Stigma, Mental Health, and Resilience in an Online Sample of the US Transgender Population (2013)

What does the Bible say about gendered clothing? (Deuteronomy 22:5)

This entry is adapted from content created by Austen Hartke, vlogger at Transgender and Christian and blogger at austenhartke.com.  His original posts can be found here and here.