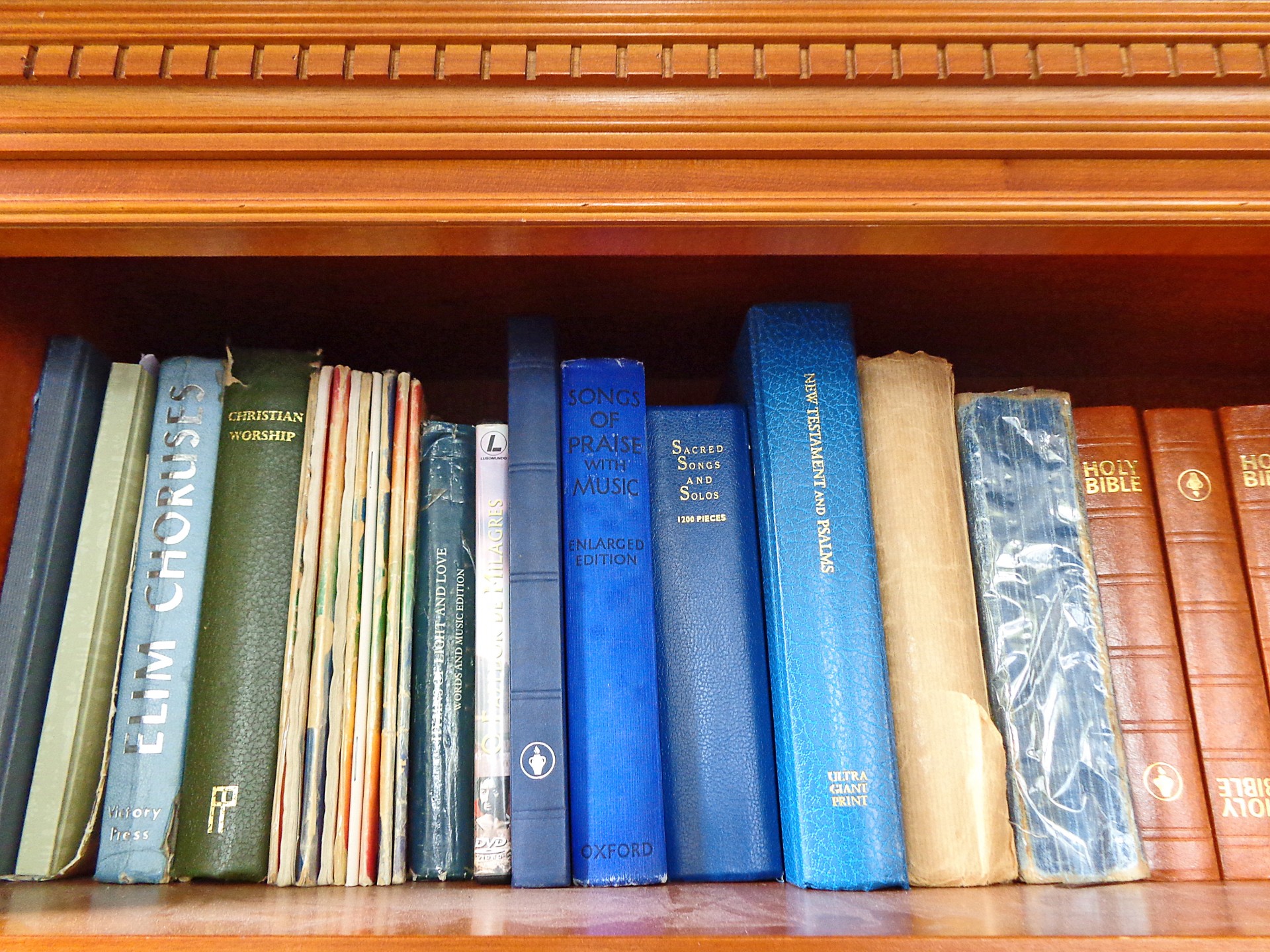 It seems like the Bible is clear on sexuality.  Why do some people think it’s OK to be gay?

In the past two hundred years, western civilization has come to understand that there is a diversity to sexuality and sexual orientation that was not recognized in previous eras.  The Christian church has reacted to this growing understanding of gay, lesbian, and bisexual people in many ways that have not been supportive, from skepticism and fear to condemnation and exclusion, and even to outright physical violence and abuse.

Christians who reject same-gender relationships and/or gay, lesbian, and bisexual people often cite the Bible as the source of their decision.  These people believe that the Bible’s references to same-gender activity apply directly to our lives today.  (These verses include Genesis 19:1-11, Leviticus 18:22 & 20:13, Romans 1:26-28, and 1 Corinthians 6:9-10 and 1 Timothy 1:9-10.)

However, other Christians do not agree with this belief.  Many Christian people, ministers, churches, and denominations welcome lesbian, gay, and bisexual people into the full life of the community without requiring their celibacy from same-gender relationships.  How do they explain this?

Scripture was written in specific places and times.

The books that make up the Bible were written and edited over several centuries, in many different countries, cultures, and communities.  Many faithful Christians believe that studying the history and context of Scripture can help us understand better how to apply it to our lives.  Many people have found that the “backstory” of Scripture makes the Bible even more beautiful and meaningful, but it also reveals that some stories and verses may be more specifically directed to certain times and places than to the whole faith community forever.

Scripture was written by people.

The books, songs, and letters of Scripture were written by faithful people who had powerful experiences of God and were inspired to record them for many generations to read.  Although inspired, the people who wrote the Bible were also limited by their time, their place, and their language.

What is historical criticism?

Most Christians do not follow the whole Bible literally.

Many Christians who object to same-gender relationships assert that they are following the Bible “literally.”  However, there are many verses in the Bible which these same Christians do not consider applicable to our faith lives today.

For example, most Christians do not observe the prescribed practices of Leviticus around rites of ordination, clean and unclean foods, female purification after childbirth and menstruation, and sabbatical years.  They also do not pursue celibacy in the way Paul recommends in his first letter to the Corinthian church (1 Corinthians 7).

Many faithful Christians are concerned that when we do not clearly articulate why some verses are still applicable but others in the same book are not, we risk only applying the Bible to our lives when it suits our own beliefs.

What is biblical literalism?

The Bible does not actually say that much on same-gender sexual activity.

In the Christian Scriptures, there are fewer than ten verses that talk about same-gender sexual activity, out of over thirty-one thousand total verses in the Bible.  In contrast, there are hundreds of verses about caring for the poor and oppressed, and hundreds more about how to use one’s possessions and money.  Some faithful Christians believe that we should focus on issues of poverty, liberation, and stewardship more than on issues of sexuality.

Same-gender relationships are not discussed in the Bible.

There are references in the Bible to same-gender sexual acts.  However, sexuality and sexual orientation was understood in a very different way in the times when the books of the Bible were written.  The concept of sexual orientation and the existence of gay, lesbian, and bisexual people simply were not ideas that the Bible writers had access to.  When the writers of the Bible condemn same-gender sexual activity, they are not condemning loving, monogamous, committed, same-gender relationships as we experience them today, because those did not exist when the Bible was being written.

The church has previously come to re-understand “what the Bible says.”

Five hundred years ago, the Christian church believed (as did the rest of western civilization) that the sun rotated around the earth.  Astronomers began to suggest, based on their observations, that the sun was actually the center of the solar system, and the earth moved around it.  At first, the church rejected this outright.  Some Bible verses specifically state that the earth cannot be moved (1 Chronicles 16:30, Psalm 104:5), or that the sun is what moves (Joshua 10:12-13, Ecclesiastes 1:5).

As the scientific community continued to study the stars and the sky, it became scientifically impossible to believe that the earth was the center of the universe.  The church, then, had to recognize that the Bible verses that referred to the earth as “fixed,” or observed the sun moving around the earth, did not reflect reality.

The Christian church in America also experienced this divide over “what the Bible says” during the eighteenth and nineteenth centuries, in the debate over slavery.  Both pro-slavery and anti-slavery advocates relied on verses and stories from the Bible to ground their beliefs.

Today, the church continues to discuss how to understand and apply Bible verses around divorce, the role of women in the church, military force, and many other topics.

What is feminist theology?

The Bible has a theme of welcoming the outcast and advocating for the oppressed.

Many faithful Christians, when they read the Bible, see an overarching theme of God’s love and mercy for those who are on the outside.  Throughout the Old Testament, God works with the Israelites, a small tribe of people constantly set against and warring with other tribes and nations around them.  The books of Leviticus and Deuteronomy record rules about leaving behind wheat and other foods in the fields, so that the poor and homeless could collect them for food (Leviticus 19:9-10; Deuteronomy 24:19).  The prophet Ezekiel condemns the cities of Sodom and Gomorrah for their greed and lack of care for the needy (Ezekiel 16:49-50).  In the New Testament, Jesus reaches out to many people on the margins, including tax collectors (Matthew 9:10-13, Luke 19:1-10), the demon possessed (Matthew 8:28-34, Mark 1:21-28), women (Luke 8:1-3, John 4:1-42), and children (Matthew 19:13-15).  Following in his footsteps, the early church welcomes Gentile believers (Acts 8:26-40, Acts 10:1-48, Romans 2:9-11, Galatians 2:15-21), even though Gentiles were excluded from the Jewish religion in which the disciples and Jesus had been raised.

From these examples and many more, many faithful Christians believe that the Bible contains a theme of advocating for those on the margins of society, and welcoming them into God’s family despite the fear of many.  Many of these Christians believe the same kind of welcome is extended by God to LGBTQ people.

God can do a new thing!

There are many stories in the Bible which demonstrate God’s ability, even desire, to move outside of religious boundaries and do something new in the world.  One example is found in the story of Ruth.  In the book of Nehemiah, the leader condemns marriages between Jewish and non-Jewish people, and casts out all non-Jewish wives and children (Nehemiah 13:23-31).  In contrast, the book of Ruth tells the story of a non-Israelite woman who, through her loyalty to her Israelite mother-in-law, becomes a member of the Israelite family and an ancestor of King David (Ruth 1-4).

In another example, the prophet Isaiah predicts a future world where God sees and remembers those who have been cast out of the people of Israel, specifically eunuchs (Isaiah 56:1-8).  Eunuchs were excluded from the worshipping community (Deuteronomy 23:1), but here they are welcomed and celebrated.

In a third example, the book of the Acts of the Apostles records a powerful vision given to the apostle Peter.  In it, Peter sees a sheet full of unclean animals lowered from heaven, and a voice commands him to “kill and eat.”  Doing so would have been absolutely against Jewish law and practice, so Peter refuses.  Soon after, Peter is summoned by the Gentile centurion Cornelius, and on hearing of the vision given to Cornelius and witnessing his faith, Peter declares, “I truly understand that God shows no partiality” (Acts 10:1-48).

Many faithful Christians believe that these kinds of stories show that God is capable of “doing a new thing” (Isaiah 43:19), even something totally outside the expectations or boundaries of God’s faithful people.

What does it mean to be gay and Christian?

I’m really interested in theology and the Bible! How can I learn more?

Is it okay to “hate the sin but love the sinner”?

Sarah Bessey, “Penny in the Air: My Story of Becoming Affirming” (2020)

Brandon Darrell Lane Flanery, “How Can I Be Gay and Christian – A Look Into My Methodology” (2019)

Mitch Randall, “My Journey to Full Inclusion of LGBTQ Christians” (2019)

Becky Ankeny, A Leisurely Introduction to How a Bible-Believing Christian Can Accept Gay Marriage in the Church (2017) (also available on Kindle)