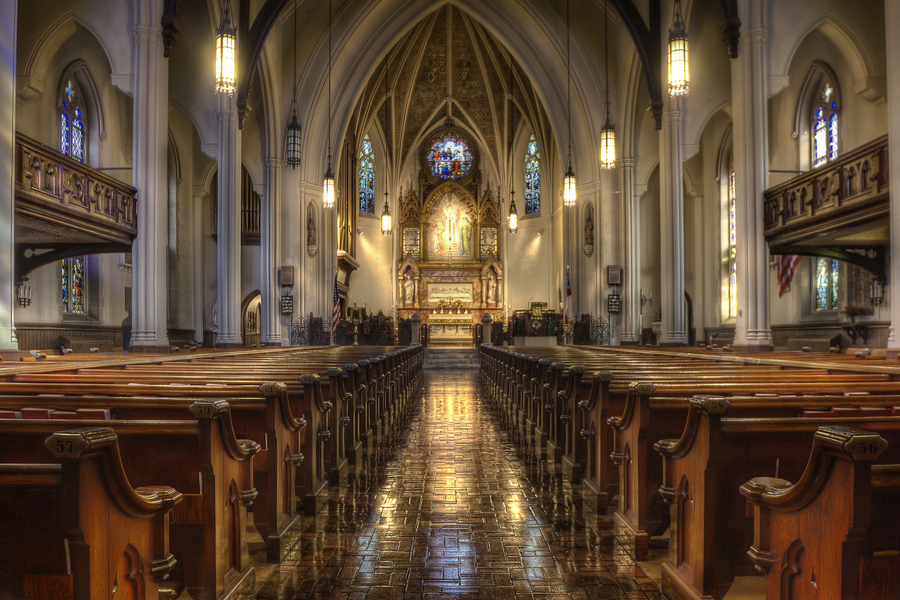 What is the Episcopal Church?
The Episcopal Church is the American-branch of the Anglican Communion, a global network of churches joined together by common worship and historical unity with the Archbishop of Canterbury. Anglicans trace their theological and historical roots to the 4th century church in what is today England, Ireland, Wales, Scotland, and parts of France. Contrary to popular belief, the Episcopal Church/the Anglican Communion did not form as a result of King Henry VIII seeking divorce. Rather, Anglicanism emerged at the same time as Protestant Reformation during the 16th century, and was the formalization of an already distinct set of theology and governance.

The Episcopal Church was founded during the American Revolution of the 18th century. American Anglicans, now independent from Great Britain, wished to retain their tradition, while participating in a truly American religious experience. The hallmarks of Anglicanism, namely common worship and apostolic succession (an allegedly unbroken chain between the original Twelve Apostles and contemporary bishops), were retained, while British-specific customs, such as allegiance to the Crown, were discarded.

Today each member-church of the Anglican Communion is autonomous, regarding the Church of England merely as the “mother church.” The Archbishop of Canterbury, regarded as “first among equals,” is a symbol of unity and has no juridical authority over member-churches, including the Episcopal Church.

In recent decades, the Episcopal Church has been wrought with division, primarily over the place of LGBTQ persons and the ordination of women. In 2009 a conservative group of clergy and laity formally broke away from the Episcopal Church and formed the Anglican Church in North America (ACNA.) While controversy remains, it is widely believed that members of ACNA and other separatist groups are not in communion with the Archbishop of Canterbury and, as such, cannot be considered truly Anglican.

What do Episcopalians believe?
Episcopalians do not universally hold to one particular doctrine or dogma. Rather, they are united around their belief in common worship. The Book of Common Prayer is the document unifying Episcopalians in every diocese and of every theological persuasion. As such, Episcopalians tend to emphasize the liturgy over other aspects of communal life, though not to the exclusion of all theology.

Episcopalians believe in the basic tenets of Christianity, especially as found in the historic Apostles’ and Nicene Creeds. The Bible, for Episcopalians, is divinely-inspired and the work of human beings. While Christians constantly seek the guidance of Scripture, it can only be fully understood in its historical context.

The Episcopal Church believes in the priesthood of all believers, although it maintains the historic pattern of ordained ministry: deacon, priest, and bishop. All three orders are open to persons of any gender identity and sexual orientation. The Episcopal Church considers itself to be somewhere between Roman Catholicism and Protestantism, integrating the best of both traditions. As such, Episcopalians often describe their spirituality as the Media Via or the Middle Way.

A recent General Convention (the legislative body of the Episcopal Church, which is convened every three years) allowed for the blessing of same-sex marriages across the national church. While individual bishops are given the option not to allow same-sex blessings in their diocese, they are required to provide pastoral care and sacramental access from clergy and congregations which are supportive of LGBTQ persons.

There are presently many LGBTQ persons in the Episcopal Church at all levels of clergy and laity. The first openly gay and partnered bishop consecrated in the Episcopal Church was the Rt. Rev. Gene Robinson, now retired bishop of New Hampshire. Other notable LGBTQ clergy include: the Rt. Rev. Mary Glasspool, suffragan bishop of Los Angeles; the Rev. Dr. Cameron Partridge, Episcopal Chaplain at Boston University; and the Rev. Ellen Barrett, the first openly lesbian woman ordained to the priesthood.

Integrity USA is an organization which advocates further inclusion of LGBTQ persons in the Episcopal Church. Integrity USA is active in over 60 chapters and in many more individual congregations.

What can I expect when I attend an Episcopal service?
While each Episcopal Church utilizes The Book of Common Prayer or select other approved liturgical resources, each service will be varied and diverse.

Common elements in Episcopal worship include:
– Music: The most common hymnal used by Episcopal Churches is The Hymnal 1982. It features a wide array of classical Christian hymnody. Other common hymnals include Lift Every Voice and Sing, The African American Heritage Hymnal, and Wonder, Love, and Praise. While organ accompaniment is common in Episcopal Churches, it is not unheard of to hear African drums, handbells, Caribbean steel drums, pianos, trap sets, guitars, or ukuleles. There is a significant choral tradition within the Anglican Communion, offering classical choirs, children’s choirs, and a capella ensembles.

– Form:
*Opening prayers, including the prayer for the day, confession and forgiveness, and praise of God
*Scripture readings, almost always one from the Old Testament, the Psalms, the New Testament, and the Gospel; the Old and New Testament readings are regularly read by members of the congregation, the Psalm is often sung by a choir or recited by the congregation, and the Gospel is always read by a deacon, priest, or bishop.
* Homily/Sermon, usually preached by a deacon, priest, or bishop, but also sometimes by lay people with a gift and training for preaching
*Prayers for the Church and the world, often incorporating formatted prayers and spontaneous prayers
*Passing of the peace, which varies in style, length, and energy from congregation to congregation
*The Eucharist, the Church’s meal of thanksgiving, calling to mind Jesus’ last supper and offering the Body and Blood of Christ to the people of God
*Blessing and sending, where the people are commissioned to go into the world and proclaim the Gospel

– The Eucharist: Sometimes known alternately as Holy Communion or the Lord’s Supper, the Eucharist is at the center of Anglican worship. The Eucharist is a liturgy remembering Jesus’ last supper with his friends, where he called the wine his Blood and the bread his Body. Episcopalians believe that Jesus is fully present in the bread and the wine.

– Baptism: The Episcopal Church recognizes baptism as a welcoming act into the Christian faith. All baptisms done in the name of the Father, the Son, and the Holy Spirit are considered valid, emphasizing the unity of all Christian denominations. As such, those entering the Episcopal Church from other Christian traditions do not need to be re-baptized.

The Episcopal Church, “LGBT in the Church”

Integrity USA, “Blessing Resources” (Including “The Witness and Blessing of a Lifelong Covenant” )

Cody Maynus is an M.Div. student at St. John’s School of Theology-Seminary. Cody was baptized by Lutherans, raised by evangelicals, baptized again by Baptists, catechized by Roman Catholic nuns, and is finally at home in the Episcopal Church, where he is discerning ministry. He is a Benedictine Oblate and wishes he were a female medieval mystic.