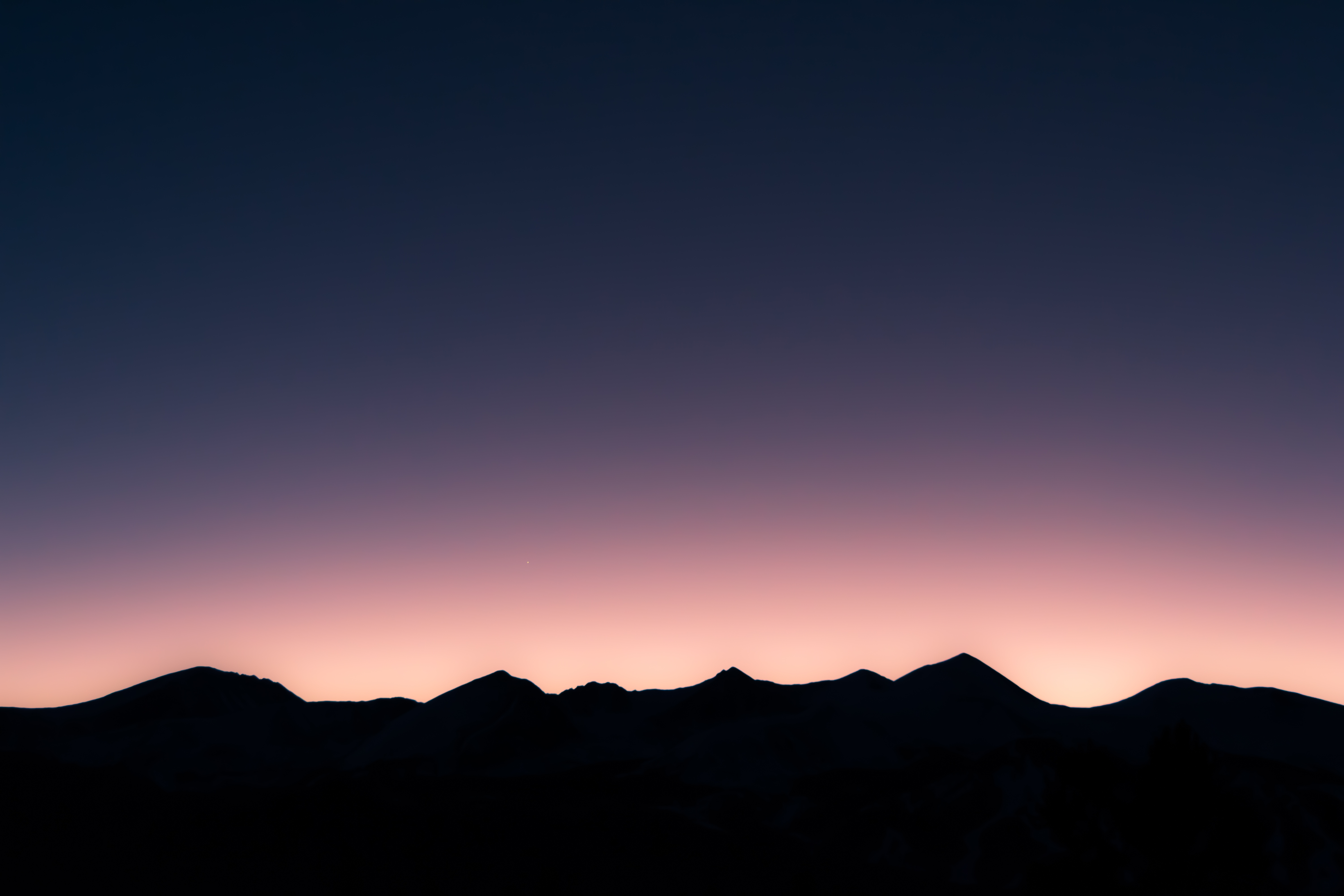 What happens in the story of Sodom and Gomorrah?

The story of Sodom and Gomorrah appears in Genesis 19:1–29.  In the previous chapter of Genesis, God tells Abraham that there have been bad reports about Sodom and Gomorrah.  Two angels will be sent “to see if what they have done is as bad as the outcry that has reached me.”  If it is, the city will be destroyed.

The angels find a warm welcome in Sodom: Lot greets them at the gateway of the city and invites them back to his house to eat dinner and spend the night.  While they are there, the men of Sodom collect outside Lot’s house and demand that he send out his guests “so that we can know them.” (Scholars differ on the most accurate translation of know in this context, but most believe that it is used here in a sexual sense.)  Lot refuses, offering his two virgin daughters as an alternative.  “Don’t do anything to these men,” he pleads, “for they have come under the protection of my roof.”

Next, the men of Sodom threaten Lot: “Get out of our way! . . . We’ll treat you worse than them.”  To protect Lot, the angels strike the men of Sodom with blindness.  The angels then urge Lot to get out of town as quickly as he can, because the city is going to be destroyed.  After Lot has escaped with his family, God rains down burning sulfur on Sodom and Gomorrah,  “destroying all those living in the cities and also the vegetation in the land.”

What does hospitality have to do with the story?

Ancient Jewish culture placed a high premium on hospitality, or hakhnasat oreḥ im (bringing in guests).  The laws in Exodus include the exhortation: “Do not oppress a foreigner; you yourselves know how it feels to be foreigners, because you were foreigners in Egypt” (23:9).  Leviticus 19:33–4 echoes this sentiment, adding “Love them as yourself, for you were foreigners in Egypt.”  This value is embodied by Abraham’s welcome of his angelic visitors in Genesis 18.

Hospitality allowed outsiders an honorary place within the community, transforming them from strangers into guests.  By taking God’s messengers into his home, Lot accepts the obligation both to vouch for his guests to the community and to protect them from it—as becomes necessary when the men of Sodom prove a threat to those guests.  In the decades following Jesus’s death, the tradition of hospitality remained strong, and early Christians emphasized that communities—not just individuals—bore an obligation to provide hospitality to their visitors.

How do other Bible stories interpret what happened in Sodom and Gomorrah?

Because Genesis is unclear about the specific sins that led God to destroy Sodom and Gomorrah, interpreters throughout the ages have disagreed on the nature of those sins. Even the early biblical commentators on the story of Sodom differed. One biblical tradition, expressed first by Ezekiel, understands the sin as the failure to show hospitality to guests. Ezekiel writes:

“Now this was the sin of your sister Sodom:
She and her daughters were arrogant,
overfed and unconcerned;
they did not help the poor and needy.
They were haughty and did detestable things before me.
Therefore I did away with them as you have seen.”
Ezekiel 16:49–50

In other words, the men of Sodom refused welcome to guests in their city and even attempted to commit violence against them; their destruction was a consequence of this failure.  Jeremiah adds (23:14) that a city which “encouraged evildoers” would be “like Sodom to me.”  The apocryphal book of Wisdom notes that the men of Sodom “refused to receive strangers when they came to them” (19:14).  Jesus also mentions Sodom and Gomorrah in this context, when he is giving instructions to his disciples:

“If anyone will not welcome you or listen to your words, leave that home or town and shake the dust off your feet. Truly I tell you, it will be more bearable for Sodom and Gomorrah on the day of judgment than for that town.”
Matthew 10:15–6; see also Luke 10:11–2

A second interpretative tradition suggests that the sin was sexual in nature: Jude (1:7) cites “sexual immorality and perversion” as the cause of the cities’ punishment.  The notion—now commonplace—that the people of Sodom promoted sexual contact between men, and were destroyed for this reason, does not appear in the Hebrew Bible at all, nor in the earliest biblical commentaries. Philo’s Life of Abraham, written in the 1st century CE, notes the prevalence of adultery and sex between men in Sodom. Augustine of Hippo was another major religious writer to put this spin on the story, writing in the early fifth century CE that God’s destruction of “the irreligious city” was due to the sin of “lewdness between males” (City of God).

Is there another story like what happened in Sodom and Gomorrah?

Judges 19 presents a story with striking similarities to the story of Lot. As in Genesis 19, a stranger—this time a Levite from Ephraim—comes to a strange land, Gibeah, and is taken in, along with his servant and his concubine, by a resident alien of the town.  The men of the town come to the host’s door and demand that the Levite be sent out to them, and the host—like Lot—cites his obligations to his guest:

“Since this man is my guest, don’t do this outrageous thing. Look, here is my virgin daughter, and his concubine. I will bring them out to you now, and you can use them and do to them whatever you wish. But as for this man, don’t do such an outrageous thing.”  (19:23–4)

Unlike in the story of Lot, however, there are no messengers of God available to strike the wicked men with blindness.  The Levite sends his concubine outside, and the men of Gibeah gang-rape her. The next morning, the Levite comes outside to find her, takes her home, and cuts up her body as a message to the tribes of Israel about the moral decay in their land.  In the next chapter of Judges, the tribes unite in battle against the tribe of Benjamin, nearly wiping them out altogether.

Scholars disagree over the lesson of Judges 19 and its significance to the story of Lot and Sodom; see Lasine and Gnuse in Further Reading for conflicting views on the two stories’ relationship to each other.  Certainly the tale in Judges makes it difficult to read the sin of Gibeah as same-gender sexual desire.  The men of the town clearly wish to humiliate the stranger in their midst.  When they are unable easily to assert their physical dominance over the Levite himself, they content themselves with brutally raping his concubine, who is seen as the Levite’s possession by the men of Gibeah and—evidently—by the remaining tribes of Israel.

The identification of Sodom with sodomy requires a series of assumptions by the reader which ignore ancient Jewish norms of hospitality and which were evidently not made by any of the earliest biblical commentators.  First, the reader must interpret the motivation of the men of Sodom and Gibeah as homosexual lust, rather than a wish to assert dominance over a stranger to their city.  Second, Lot’s offer of his virgin daughters and the parallel offer by the Ephraimite host in Judges must be read to imply that the crime of rape is worse when perpetrated by men against men, and that the heightened evil of rape between men is attributable only to the type of sexual contact, rather than to the relative value of men vs. women in a deeply patriarchal society.

While the story of Sodom and Gomorrah has become implicated in discussions of sexuality and the Bible, its relationship to prohibitions of same-gender sexual relations is far from clear. The Hebrew Bible—and even Jesus himself—criticize Sodom not for its irregular sexual practices, but for its inhospitality and arrogance. The men of Sodom and the men of Gibeah wield sex as a weapon against strangers in their midst, and it is the disordered expression of power, not of sexual desire, that leads to their destruction.

Kevin Garcia, “Were Sodom and Gomorrah Destroyed because of GAY STUFF?” (video) (2017)

Nick Gier, “The Real Meaning of Sodomy.”  Summarizes various strands of scholarship and interpretation of the story of Sodom and its application to homosexuality.

What is historical criticism?

Michael Carden, “Homophobia and Rape in Sodom and Gibeah: A Response to Ken Stone.”  Journal for the Study of the Old Testament 82 (1999): 83–96.  Unpacks the significance of male-on-male rape for the perpetrator and the victim in ancient Near East societies.

Robert K. Gnuse, “Seven Gay Texts: Biblical Passages Used to Condemn Homosexuality,” Biblical Theology Bulletin 45.2 (2015): 68–87.  Provides a close reading of the Genesis story along with a detailed examination of the similarities between Genesis 19 and Judges 19.

James L. Kugel, “Lot and Lot’s Wife,” In The Bible As It Was, Cambridge, Mass.: BelknapPress, 1997: 181–95.  Rounds up references to Sodom and Gomorrah in the Hebrew Bible, New Testament, and early biblical commentators.

Stuart Lasine, “Guest and Host in Judges 19: Lot’s Hospitality in an Inverted World,” Journal for the Study of the Old Testament 29 (1984): 37–59.  A classic explication of the Gibeah story in Judges and its relationship to Genesis 19.