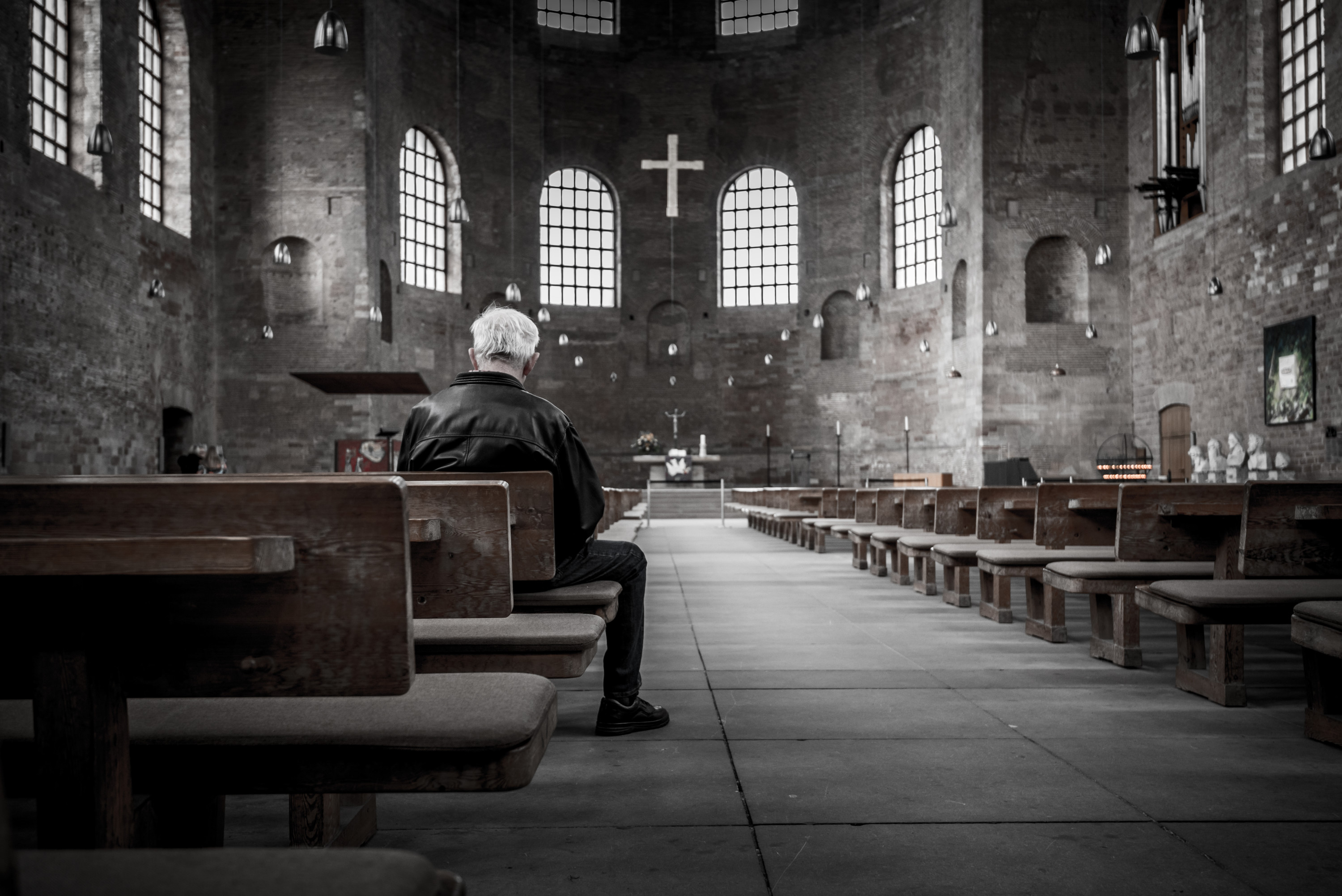 Then the Lord God said, “It is not good that the man should be alone; I will make him a helper as his partner.”  So out of the ground the Lord God formed every animal of the field and every bird of the air, and brought them to the man to see what he would call them; and whatever the man called every living creature, that was its name.  The man gave names to all cattle, and to the birds of the air, and to every animal of the field; but for the man there was not found a helper as his partner.  So the Lord God caused a deep sleep to fall upon the man, and he slept; then he took one of his ribs and closed up its place with flesh.  And the rib that the Lord God had taken from the man he made into a woman and brought her to the man.  Then the man said,

“This at last is bone of my bones
and flesh of my flesh;
this one shall be called Woman,
for out of Man this one was taken.”

Therefore a man leaves his father and his mother and clings to his wife, and they become one flesh.  And the man and his wife were both naked, and were not ashamed.

(from the New Revised Standard Version)

How do some people interpret this story?  What does it have to do with sexuality?

This text from the second creation story found in Genesis tells the story of God finding a suitable helper and partner for the first created human, Adam.  God sees Adam and says, “It is not good that this man should be alone.”  This text shows God fulfilling a human’s need for partnership, intimacy, and companionship.  These two people are so intimately joined together that they are the same, right down to their bones.  In the Hebrew tradition, the bones are the most fundamental part of a person’s essence.  Long after death and decay have taken their toll, the bones remain.  In this way, Adam and Eve are joined to each other’s very essence.  A Trinitarian reading of this passage would say that God intends humans to live in relationship with one another, just as the three members of the Trinity live in relationship with one another.

Some Christian and Jewish biblical scholars interpret the text of Genesis 2:20-25 by saying that heterosexual relationships are the only natural relationship because they were created by God.  When creating a suitable helper/partner for Adam (a man), the only person who could provide that partnership, intimacy, and companionship is Eve (a woman).  This text is often used as a declaration in favor of heterosexuality and, by extension, against homosexuality.  Adam was not given a male partner, but a female one.  God designed male/female relationships, not same-sex relationships.  Therefore, same-sex relationships are unnatural.

Other scholars interpret this text as a need for partnership, intimacy, and companionship that is not dependent on gender.  God is not creating a heterosexual relationship; God is simply creating a relationship.  These scholars say that Eve is created as a suitable partner for Adam because they are both heterosexual (or at least attracted to members of the opposite gender).  Had Adam been a gay man, a male partner/helper would have been the only logical choice.  If Eve had been created first and been bisexual, a partner could have been made in either gender.  In this interpretation, the creation of Eve is not a stance on heterosexuality, but rather a story about God fulfilling a person’s need for intimacy and relationship.

What does this story have to say about marriage?

Verse 24 is often seen as an example of marriage.  Many of the same scholars who say this text shows that homosexuality is unnatural also use this text in favor of one-man-one-woman marriage.  In this interpretation, the text clearly states that a man shall leave his mother and father in order to cling to (some would say marry) his wife.  Since the text only mentions a man and woman becoming one flesh, it is implied that only unions that involve a man and a woman are legitimate.

Critics of this view point out that marriage in the Bible is often not what marriage looks like today.  The Bible shows many different kinds of relationships including polygamy, arranged marriage, and the marriage of prepubescent girls.  Many argue that although the Bible expresses the greater truths of intimacy and relationship, a lot of the examples of relationships, sexual activity, and marriage are not what today’s society deems normal or appropriate.

What does this story have to say about women?

This text has also had major implications on issues involving women. For many years, this text (as well as Genesis 3, the story of “The Fall”) has been used as a basis for saying that women are subservient to men; they were created second and from the source of a man.  The word “helper” is seen as a lower and dependent on the one who is helped.  In this text, it says that a man will  leave his mother and father in order to cling to his wife and they will become one flesh. However, in most of the Hebrew Scriptures, a man brings his wife into his family unit and she becomes part of them.

On the other hand, some say that this passage is one of many that have been used against women as the justification for treating women as inferior to, subservient to, and even the property of men.  Feminist theologians point out that the word “helper” that is used is not necessarily a submissive word.  The Hebrew word that is translated here as “helper” is used to describe a contributor of any importance.  This same Hebrew word is used in Psalm 33:20, Psalm 70:5, Psalm 115:9-11, and Psalm 121:2 to describe God; in those psalms, there is no suggestion that God is less than or subservient to humans.

Eve is not less than Adam because she was created chronologically second.  They are partners and companions that are intimately tied together that they are one flesh.  The statement “bone of my bones and flesh of my flesh” is a statement of the highest equality and intimacy.  It is also important to mention that it is only in the second chapter of Genesis that women are created second . In Genesis 1:27, God created humans (both male and female) in God’s own divine image.  This interpretation states that there is no hierarchy in God’s creation.  Men and women are created together and share in the same image of God.

What does this story have to do with sexuality and sexual orientation?

One argument against homosexuality and same-sex marriage is that it is impossible for a same-sex couple to have a child (on their own without any outside assistance).  After all, one of God’s first commands to Adam is to be fruitful and multiply.  At the beginning of this passage, God notices that Adam is alone and that’s not a good thing.  At the end of the story, Adam and Eve become one flesh (one of several Hebrew metaphors for sexual intercourse in Scripture) but the text gives no mention of them becoming “fruitful”.  One interpretation is that it is implied that if they are having sex, procreation is an inevitable result and doesn’t need to be mentioned. Another interpretation of the omission is that the sole purpose of human sexuality is not reproduction, but intimacy.  Later on, Adam and Eve bear children and begin the human race, but that comes later.  The passage ends with the two of them, naked and unashamed sharing each other’s company.  The story begins with loneliness and ends with companionship.

Why do some Christians say it’s OK to be gay, when the Bible says it isn’t?

Queer Theology, “What Does Genesis Say About Gay Relationships? (video)” (2013)

Jay Michaelson, God vs. Gay? The Religious Case for Equality (2012)