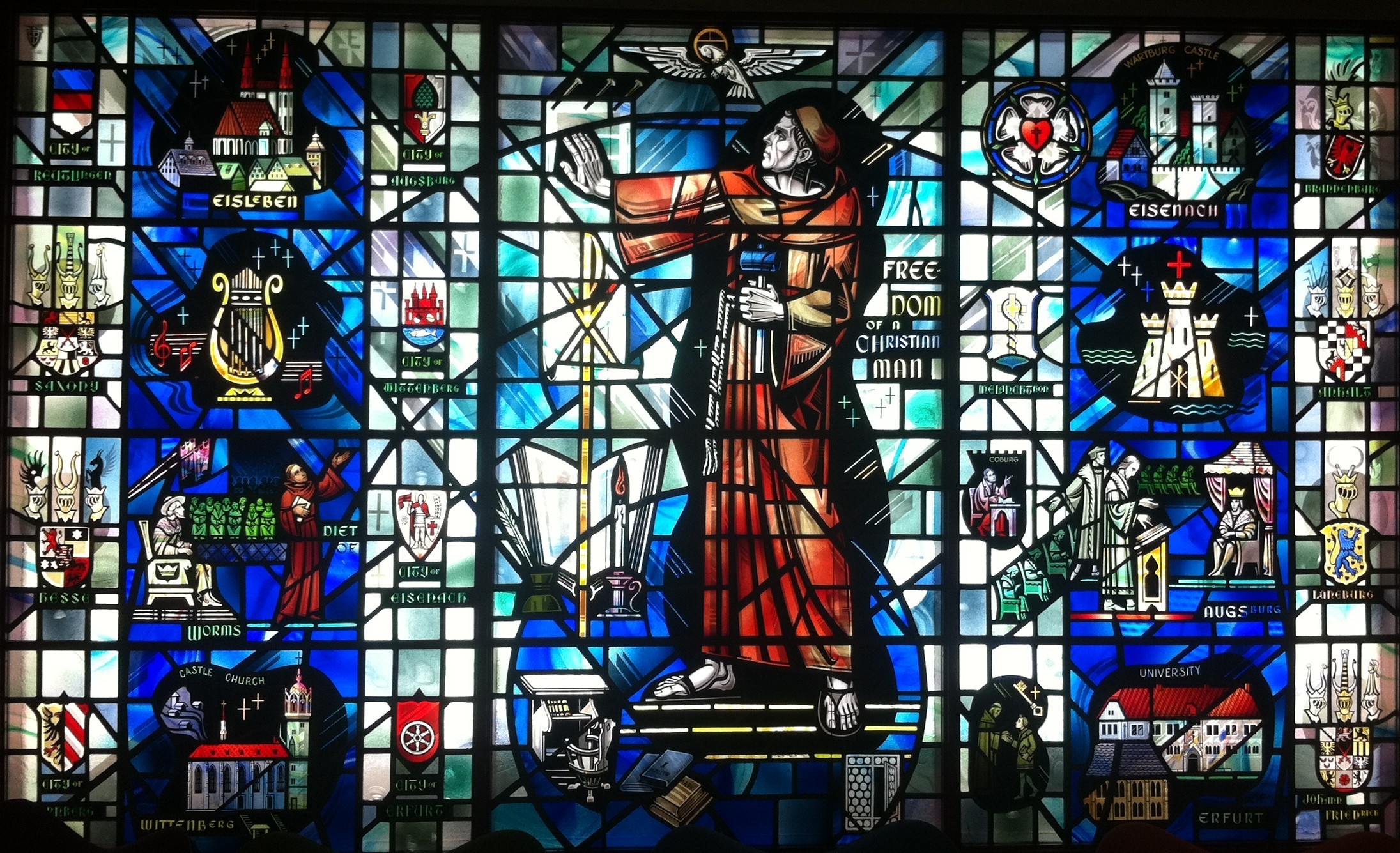 What is the Lutheran church?

The Lutheran church is named for the 16th century monk Martin Luther.  Luther was a Catholic monk troubled by the corruption and greed he saw permeating the church.  His concerns and objections were widely publicized.  Luther was challenged by church officials and excommunicated by the Pope, but he continued studying, writing, teaching, and preaching.  Luther’s work spawned a time of church renewal called the Reformation.

The Lutheran church in America has several denominations, each of which differ on what they believe are key theological points.  The largest Lutheran denominations is the Evangelical Lutheran Church in America, followed by the Lutheran Church Missouri Synod.  Notably, the ELCA Lutherans allow the ordination of women as well as the ordination of individuals in lifelong, monogamous, same-gender relationships, while the LCMS prohibits both.

What do Lutherans believe?

Lutheran theology is particularly centered around the concept of “grace.”  In its traditional meaning, grace is the gift of God in which Christians are justified, not by their good works, but by God’s loving work for them in Jesus.  Lutheran theology teaches that it is impossible for a person to work their way up to God, and so to restore the lost relationship between God and humanity, God became incarnate in the person of Jesus Christ.

Lutherans highly value the Bible and consider it a source and norm for faith and life.

What is the Lutheran church’s stance on LGBTQ people?

Smaller Lutheran denominations, including the Lutheran Church Missouri Synod and the Wisconsin Evangelical Lutheran Church, believe that celibacy is required for LGBTQ people.

Lutheran churches that have chosen to publicly declare their welcome, acceptance, and support of all people regardless of sexual orientation or gender identity are known as Reconciling in Christ congregations.

What can I expect when I attend a Lutheran service?

Lutheran worship is varied and diverse, but there are key parts of worship that almost every Lutheran church observes.

– Music:  Lutheran worship may include traditional hymns dating back centuries, bluegrass tunes written specifically for that congregation by local musicians, children’s choirs, handbells, organ music, praise bands, or acappella singing.  Almost all Lutheran churches have some musical component, and the songs usually alternate with the prayers, readings, and other parts of worship.

* Opening prayer and praise, often with a confession and forgiveness
* Scripture reading(s), read by ministers or by members of the congregation
* Sermon, usually given by a pastor
* Prayers for the church, the community, and the world
* Passing of the peace, when the congregation greets each other with “Peace be with you”
* Communion, the remembrance of Jesus’ last supper and the giving of bread and wine to all assembled
* Blessing and sending

– Dialogue:  Lutheran worship is similar to a communal call and response, where the leader or pastor speaks and the congregation responds together.  The words are usually printed in a hymnal or bulletin.

– Communion:  All Lutheran churches celebrate communion.  This is a ritual remembering Jesus’ last supper with his disciples, and following his command “Do this in remembrance of me.”  The congregation leaves their pews to come forward and receive bread and wine.  Lutherans believe that Jesus is fully present in the act of communion.

– Baptism:  Lutheran churches recognize baptism for anyone of any age.

ELCA, “About the Evangelical Lutheran Church in America”

ReconcilingWorks, “What it Means to be a Reconciling in Christ Congregation”

Rev. Nadia Bolz-Weber, Pastrix: The Cranky, Beautiful Faith of a Sinner and Saint (2014)