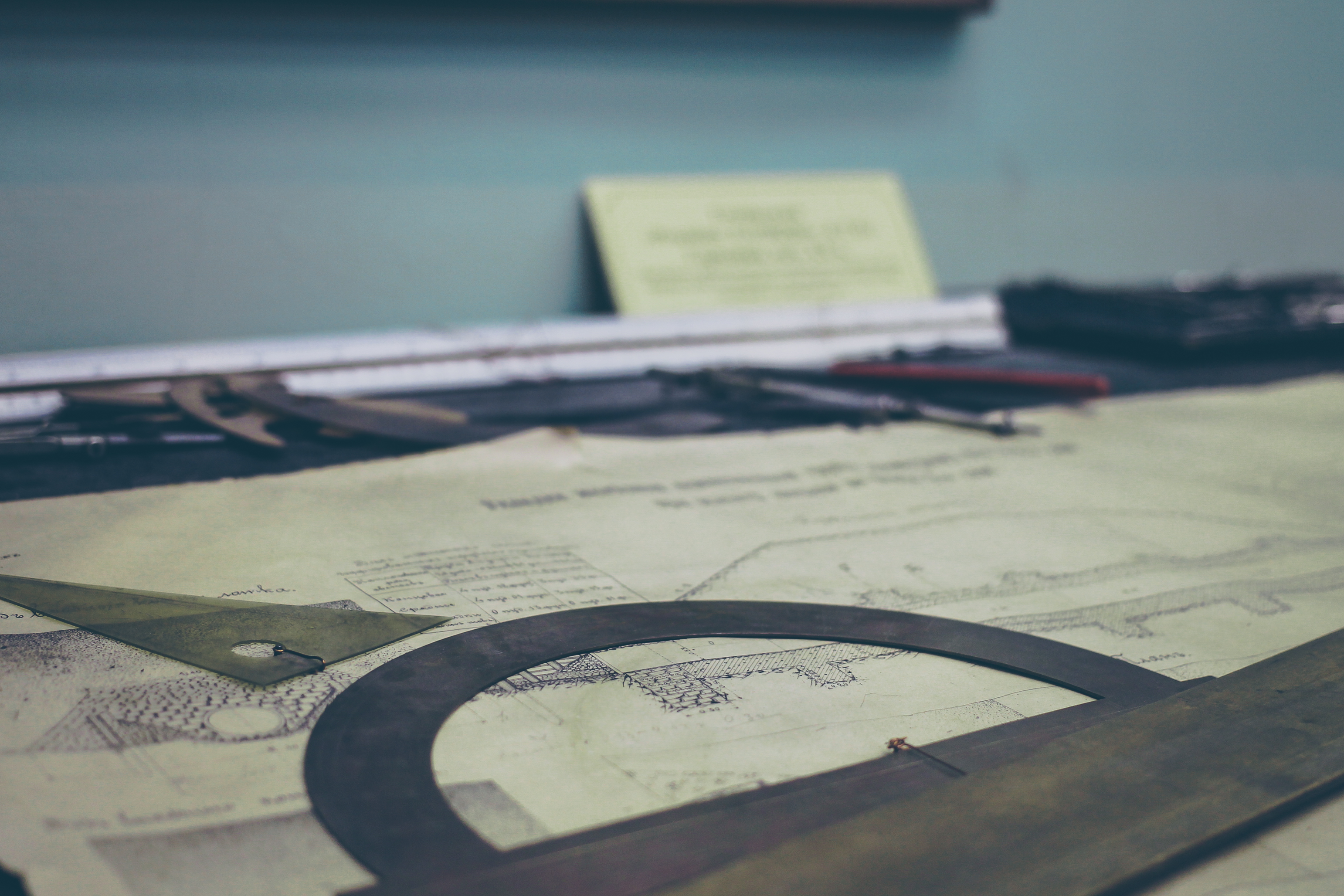 What is biblical literalism?

In 1978, a multidenominational group of evangelical Protestant leaders founded the International Council on Biblical Inerrancy. They produced a detailed document outlining their beliefs about the truth of the Bible. The Chicago Statement on Biblical Inerrancy, which can be read in full here, asserts that “Holy Scripture. . . is of infallible divine authority in all matters upon which it touches . . . being wholly and verbally God-given.”

How did early Christians read the Bible?

Jewish scholarly traditions in reading the Hebrew Scriptures depended heavily on tradition, precedent, and allegorical readings of the Bible. Early Christian interpretations of the Hebrew Bible, and the relationship Jesus’s teachings bore to it, drew from that tradition. Early interpreters sought to address the practical concerns of the young church, such as the need to seek out and instruct new converts in the faith. They emphasized the continuity between the New and Old Testaments; for example, the call on Abraham to sacrifice his son Isaac was understood to be a foreshadowing of the sacrifice God would make of his son Jesus.

As the church grew, the New and Old Testaments were arranged into the form and number we know today. Conflict among biblical scholars was common and heated, as early Christians struggled to reach a shared understanding of what Jesus’s words meant and how they should be applied to the present day. A series of church councils established the parameters of Christian orthodoxy, such as the doctrine of the trinity, and condemned alternate interpretations, such as the rejection of Jesus’s humanity.

Church traditions of biblical interpretation came to occupy a position of importance rivaling that of the Bible itself. The use of allegorical readings, dating back to Jewish traditions, was common in the Roman Catholic church.  For example, in the parable of the Good Samaritan, the two coins the Samaritan gives to the innkeeper were considered symbols of the two primary sacraments of baptism and communion. One of the criticisms the Protestant Reformation raised was about the reliance on allegorical readings; reformers insisted instead on what Martin Luther called “Scripture alone.”

When did biblical literalism become a common way of reading the Bible?

Biblical literalism was proposed by religious scholars as early as the seventeenth century. It became a prominent way of thinking about the Bible in response to the increasing popular acceptance of historical criticism of the Bible in the eighteenth and nineteenth centuries. Historical criticism looked deeply into the biblical texts and examined authorship, historicity, and dates of composition. Conservative believers feared that this criticism was leading to a rejection of traditional biblical teachings.

What is historical criticism of the Bible?

In 1881, Presbyterian scholars A. A. Hodge and B. B. Warfield cowrote an article called “Inspiration,” which remains a classic text in the history of the doctrine of biblical inerrancy. Warfield and Hodge argued that the doctrine of inerrancy originated with the Bible and remained a part of orthodox beliefs throughout early Church history. They further made the case for what has come to be called mechanical inspiration, or the idea that each word of the Bible is a direct expression of God’s will, leaving no room for the possibility of human error.

Over the course of the next century, biblical literalism became an article of faith in evangelical belief. Biblical literalism encompassed not only the Bible’s teachings on doctrine and morals, but arguing for its accuracy as a scientific and historical text as well. Controversy over this position arose in the late twentieth century, with the 1979 International Council on Biblical Inerrancy and the 1979 publication of Jack B. Rogers and Donald K. McKim’s book The Authority and Interpretation of the Bible: An Historical Approach. Rogers and McKim argued that church tradition had always upheld the Bible’s moral authority, but that dependence on Scripture for scientific and historical truths was an innovation of the nineteenth century.

John D. Woodbridge issued a lengthy rebuttal of this position in Biblical Authority: A Critique of the Rogers/McKim Proposal (1982), quoting both Scripture and early church fathers such as Irenaeus, Origen, and Augustine in support of his position. Opponents of biblical literalism point out that Woodbridge’s rebuttal interprets all uses of the word “inspiration” to mean “mechanical inspiration,” and thus with literal biblical truth.

Why do some people not believe in biblical literalism?

Those who believe in biblical literalism claim infallibility only for the original manuscripts of the Bible (which are lost to us today). The Chicago Statement on Biblical Inerrancy states that believers “have no cause for hesitating to conclude that the true Word of God is within their reach.” In other words, translations of the Bible are considered close enough to the original text, and Christians need have no reservations about obeying them.

The distance between the original texts of the Scriptures and the texts as we receive them today is, however, much more vast than biblical literalists might suppose. For instance, the text on which many traditional translations of the Bible are based comes from a sixteenth-century Greek text assembled by Erasmus, called the “Textus Receptus.” Though a gifted scholar, Erasmus did not have access to the best manuscripts of the Bible. Instead, he had copies of copies of copies of copies (and so on) of the lost originals. These copies often differed from each other because texts were copied by hand; errors, accidental changes, or even additions and corrections reflecting “correct beliefs” could be found in these copies. Modern textual critics can draw from a wide range of older and more reliable manuscripts, some of which differ substantially from the Textus Receptus. Textual criticism thus has the potential to enhance the reader’s understanding of the truths the biblical authors were trying to convey.

Biblical literalism requires a precision of fact that many scholars believe the Bible was never intended to convey. For example, to ancient audiences, the stories in Genesis told vital stories about God’s intentions for the world (Genesis 1-2), the origin of existing gender roles (Genesis 3), the justification for Israel’s aggression against the Canaanites (Genesis 9), and so on. The work of these stories was to explain why the world was the way it was, rather than to convey historical facts.

Even the “historical” books of the Bible, books written with specific dates, times, events, and individuals, were shaped by theological beliefs as much as by history. The books of 1 & 2 Samuel and 1 & 2 Kings tell many events that are also retold in the books of 1 & 2 Chronicles.  The Chronicles’ recounting of stories previously included in the books of Samuel and Kings emphasizes the existence of a unified Israel under the kings David and Solomon, with the temple as the primary locus of worship. To do this, the Chronicles author presents genealogies and timelines that differ from the books of Samuel and Kings. The books of Chronicles also omit or change events that would paint David and Solomon in an unflattering light. By ignoring the contexts and genres of the books of Scripture, biblical literalists miss the true purposes for which it was intended.

Opponents of biblical literalism argue that the Bible, though inspired by God, remains the work of humans — humans who write in specific times and places, who have personal or cultural biases, and who are capable of making mistakes. Without attempting to deny that Scripture is, as Paul’s letter to Timothy puts it, “God-breathed” (3:16), many Christians accept that the divine inspiration for the Bible was filtered through the experiences and beliefs of its authors, who were — as all faithful people are — products of their time.

Those who practice historical criticism of the Bible believe that their work does not muddy the teachings of Scripture, but illuminates them. By gaining a clearer understanding of what the Bible’s laws and teachings meant to the writers who produced it, Christians can better understand the lessons that Scripture continues to offer to a modern audience.

What is historical criticism of the Bible?

Bart Ehrman, Misquoting Jesus: The Story Behind Who Changed the Bible and Why

Steven L. McKenzie, How to Read the Bible: History, Prophecy, Literature—Why Modern Readers Need to Know the Difference and What It Means for Faith Today (2005)